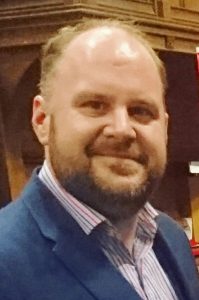 Imagine a visit to Swindon town centre, battling through traffic jams and badly designed junctions to find an over-priced parking space in a newly built car park that is already starting to fall apart, despite being mostly empty. As you walk past increasing numbers of homeless people and struggle to find an open shop amongst the empty properties, you notice the dirty streets and litter and wonder why the Conservative administration have run up a debt of over £300million and ask yourself what on earth have they done with it, as there are very few signs of investment or regeneration.

It is time for a change, time for a new approach for Swindon, and time for a Labour-run Council. It is time because Swindon deserves better.

For too long, the Conservative council in the town haven’t been listening to residents, haven’t taken their views on board and have paid lip service to consultation exercises. For too long, they have failed to invest in the town, and have wasted money on vanity projects such as the failed wi-fi deals and the long-awaited Kimmerfields Development that was due to be finished in 2013 but still hasn’t properly started.  Those bits of the town that have been developed, such as Regents Circus, stand out as they were done with minimal involvement with the Council.  The Council set up a Housing Company that has so far failed to deliver any new housing. They inherited money in the bank from the outgoing Labour administration, but have racked up over £300m in debt.

Our communities have been hurt by austerity, with all our children’s centres closed, the Libraries only saved by community campaigns and our schools failing. Ofsted judge that the Council isn’t keeping children in care safe and that schools aren’t getting our children to reach their potential.  Homes grow ever more expensive and the stock of council houses can’t keep up with the waiting list. The recycling rates in the town have plummeted, and the Conservative administration was criticised by its own government over their plans to burn plastics rather than recycle them. Violent crime is rising and anti-social behaviour is rife.

However, it could all be different. It could be a much brighter future. The Council’s Labour group of Councillors is growing and is close to taking control of the Council. We have a positive manifesto full of progressive ideas designed to develop Swindon and its residents. At the elections in May, a vote for Labour will be a vote for a better town.

We will reopen a Children’s Centre in Swindon and support our children to make the development they need in the vital early years to help them reach their potential.

We will invest in Council Houses to give more people a safe and secure home for them and their families.

We will prioritise the environment and increase local recycling rates.

We will champion local businesses through our procurement policies and ensure that investment stays in the town to support local people and local jobs. We will use the positive model set out in Preston which looked to use the £1.2bn spending power of local public sector organisations and focus it on the town.

We will invest more to combat local crime and anti-social behaviour.

We know that the difference a Labour council can make is real. From simple steps like taking residents views more seriously and pledging to work collaboratively where we can, to more challenging plans like re-shaping the local economy to prioritise local businesses and keep the money in the town where we can, will all help shape a better Swindon.

As we approach the local elections in May, we will be releasing the policies and commitments that will build the Swindon that we want to see and that the residents of Swindon deserve to live in.

We would love to hear from you about how we could build a better Swindon for you.